Congratulations to our HAll Of fame

These are Athletes that have achieved at high levels in their time in the sport. 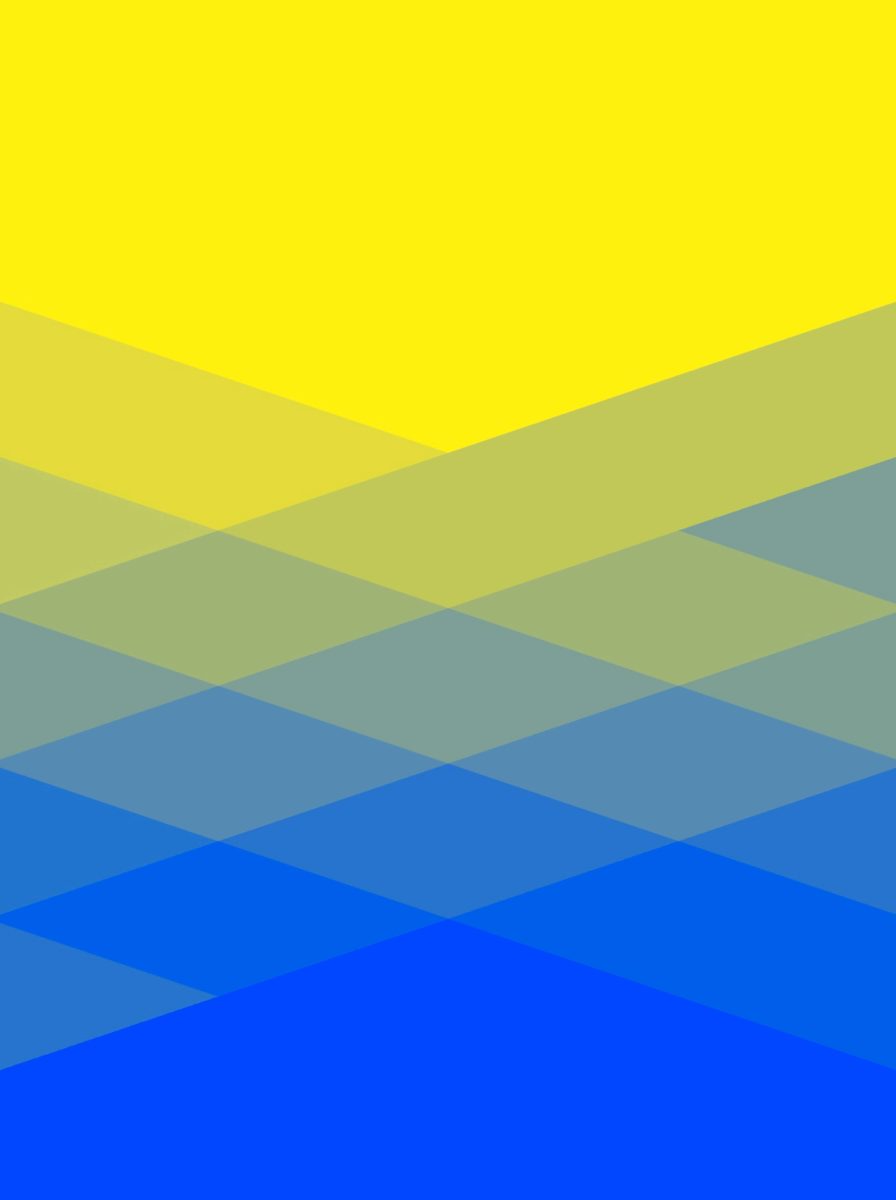 Race Achievements:  Competed in most race distances from Short Course to Ironman over an 18 year period.  Have the honour of being the first RTC Member over 50 years of age to compete in a Ironman. Podiums were scarce but a lot of fun has been had and many lifetime memories gained along the way.

Motivation for Club:  As one of the ‘Elders’, or maybe even the eldest , participating member in my early years, the young pups always made me feel welcome amongst their ranks. The camaraderie, friendship and support of fellow members and their partners is always felt….that is what I most love about RTC.

Growing up Cheyne played a multitude of team sports, anything he could get his hands on.  He would say he was never brilliant at any but the results would argue that point. He worked hard to be the best he could be with the skills he had.  He represented Australia in baseball in his late teens for a couple of years and went back to rugby in his late 20’s.

His body decided he had had enough of contact sports, and in early 2006 he found himself in triathlon.  As he couldn’t swim 50m to start with it was a real struggle.

He started with doing teams – bike and run legs, and eventually overcame his fears and did his first individual sprint race.  He says he was 105kg at the time and far from comfortable.  He realised that to improve in this sport he needed to do something about it and with the discipline he shows now he dropped 35kg and was a new athlete.  Ready to take on the challenges of longer races.

In 2012 he completed his first Olympic Distance, closely followed by his first Half IM in Yeppoon four months later.

In 2014 he did his first Ironman as part of the 3 Amigos and had a great day.

In 2015 he qualified for and raced for Australia in the long course world championships in Austria.

Some of his racing credits include

10 times Ironman Finisher and another Australian representation at Kona for the World Ironman Championship in 2018 going 9.57.13 after an awesome pb of 9:19:18 in Cairns.  He has raced and placed in many long course events including Hervey Bay 100, Hell of the west which included a podium in the Qld State championships.

He has multiple top 10 finishes and podiums across Sprint and Olympic Distances.

He turned his hand to coaching in 2018 after realising he had a lot to give back to the sport, and wanted to share his knowledge and experiences with the athletes.  Cheyne is always willing to offer advice to not only his athletes but anyone who wants some advice, and this is not just in Ironman but has also been selected as head of Coaching for the Narangba Demons Baseball club.

Earlier this year Cheyne showed us what an exceptional athlete he is by racing Ultraman and finishing 2nd overall in the 3 day event.  What an outstanding achievement.

Cheyne has also been known as Mr Asics as has strongly supported RTC with sponsorship for many years.  He was always very supportive of all athletes, and especially those who wanted to work hard to achieve at high levels.

RTC has benefited greatly from this support from both Asics and Cheyne himself.

So tonight we wanted to recognise and honour Cheyne for his achievements both in and out of triathlon and am inducting him into the RTC Hall of Fame.

I’ve been a member of the RTC since 1998 after moving from Toowoomba.  Before my move to Brisbane I knew Les Holm who was a cycle coach for RTC.  I had also met Kenny and Jane Adriaansen on a few occasions through another original RTC member Mary-Jane Hancock.   I met Jo Sinclair, Lynette Rolton, Andrea Colbert and Del Thistleton and I knew I had to become a member of RTC.  Everyone was very welcoming, friendly and a crazy bunch of fun loving people.  Now, 17 years later I am grateful for everything that the club has given me friendships and wonderful memories.

I love training but I love racing and I have done many races all over Australia: Dubbo, Kingscliff, Kingaroy, Dalby, Miles, Chinchilla, Warwick, Toowoomba, Hervey Bay, Goondiwindi, Canberra, Byron Bay, Tweed Heads, St Kilda, Bunbury, Carrara, Currumbin, Glenelg and Cairns and that is what I love about triathlons: the places you visit and the people you meet.

The past five years I haven’t raced or trained as much as I would have liked.  One thing I missed was the comradery, friendship and goal setting.  This is something I experienced while training for my first three ironman races.  So I am back training again and I am looking forward to achieving my new goals I have set myself.

Allan had always done some type of sport from speed skating as a teenager to marathon running in the 80s to join the new craze of triathlons in the early 90s.  At that time, there was a triathlon series at Redcliffe, another one at Bribie and then there was Noosa.

During the 1992, Peter Adriaansen completed the Ironman at Forster.  After coming back and telling everyone about it, Allan and a group of fellow triathletes decided to give it a go.

So 1993, saw all the guys head out to Goondiwindi for the Hell of the West.  RTCers have always been known for helping out a fellow athlete, so Allan and Doug Locke finished the run together and their first long course together.

Ironman Forster 1993 was the first year that RTC had a group of athletes attend an Ironman together.   There was 1 spectator, Gai, and the 6 idiots (sorry, athletes) including 3 Life Members (Danny Hooley, Ken Adriaansen and Peter Adriaansen), 1 Hall of Famer (Doug Locke), Geoff Bust  (Busty) and Allan.

Golf was part of the pre-race routine.  Carbo loading included pasta night and then pasta again for breakfast.  There was no such thing as gels and very colourful clothes were the order of the day.

Allan finished his first Ironman in a time of 10:41 and of course, in the finish photo is his good mate Doug.  A repeat finish of the Goondiwindi race a couple of months earlier.

Allan, Danny and Mark Grenfell then teamed up to compete in the Corporate Triathlon as BWS Bookbinding.  After checking out the results from the year before, Danny was really keen to enter and was saying “We could win this” and they did.

Many other triathlons occurred during the next few years including 2 more Ironman races, quite a few Noosa Triathlons (with a PB of 2:05), Redcliffe Tinman Series, Sandgate Duathlon Series (imagine trying that today with all the roundabouts) and Bribie Tri Series.

Somewhere in the middle of all this, two children arrived with Tom doing his first triathlon at a Queens Beach session at the age of 4.

Allan continued on with triathlon until the early 2000s and then an injury at work struck him down with a debilitating back injury which kept him out of the sport for a few years.  During this time, the kids joined Little Athletics and Allan thought his triathlon career was over.

Allan found a love of adventure racing and pursued this for a couple of years with other RTC members (Darren Dumble and Mark Grenfell) also taking the plunge.   Unfortunately though, they ended up with a team name of Roadkill which was a bit of a worry.

Since returning to the sport, Allan has again achieved great results at all the races he enters whether it is Bribie, Raby Bay, Robina (as per photo above), Noosa (2:11 in 2013) or even off-road triathlons.

However, the result he is most proud of is from Mooloolaba 2015.  Allan, Tom and Alex entered a team in the family category and came away with the win and the gold medal.

Allan loves the sport.  He loves to share his knowledge with other people and more than happy to help anyone who needs help.   He is a very humble person, doesn’t like recognition, doesn’t feel like he deserves recognition and doesn’t realise how much he affects other people’s lives.

Allan has been a great benefit to the Junior Program over the last 5 years, a mentor to many new members and a wealth of knowledge.

Gai joined the club in 1991 and was one of a handful of female club members at the time.

Gai has competed mainly in the Bribie Series and done quite well in the short course series.

She enjoys coaching and finds it very rewarding.  She loves to see the junior athletes achieve new goals and overcome obstacles.

Ann is the youngest of three born in Edinburgh to loving parents Ivy and Harold Palmer. Ann’s love of sports developed as a young child as she admired her father Harold, a sport writer for the London Evening Standard.  Harold travelled the world reporting on many Olympic games including the Melbourne Olympic in 1956.  At 24 years of age, Ann married the father of her four children and emigrated to Australia when her youngest was just 18 months old.  The family settled in Redcliffe and Ann worked as a Social Worker in Child Protection for over 30 years.

Ann first started competing in speed skating along with her children and spent more time standing on the number 1 podium than any of her fellow competitors. By now, the adrenaline of competing had taken hold and when Skateland closed she followed her son Sam and tried her hand at Triathlon. From that day on, the love of this sport had filtered through the family and the next 30 years was spent either competing in triathlon or spectating.  On Ann’s 70’s birthday, there were eight family members all participating in the Noosa Triathlon together.  Watching Ann train and compete in numerous races including 25 Noosa Triathlons, 20 half marathons and represented Australia on 4 occasions in Triathlon has brought joy to the whole family. This joy was also felt when Ann was chosen to run the Olympic torch through Redcliffe for the 2000 Olympic games.

Tragically Ann’s only son died from a heart attack while competing in the Noosa Triathlon. It has been devastating on the whole family and they will never be the same without him. Sam was Ann’s biggest support when it came to Triathlon and was with her every step of the way, from training to maintenance.  He was her rock.  Ann however has been provided with so much support from her friends and family to her triathlon family, that she is extremely grateful.

Ann is passionate about the environment and social justice issues, but more importantly Ann’s love for Triathlons, good books and her dogs shines through. Ann is by nature, a caring and kind woman and since retiring as a Social Worker has volunteered for many not-for-profit organizations. I have heard that Ann is still kicking goals and at 78 years has raced in two triathlons just this year. I have also heard that she plans to conquer another Olympic distance triathlon when she reaches the big 80, she truly is an inspirational woman.